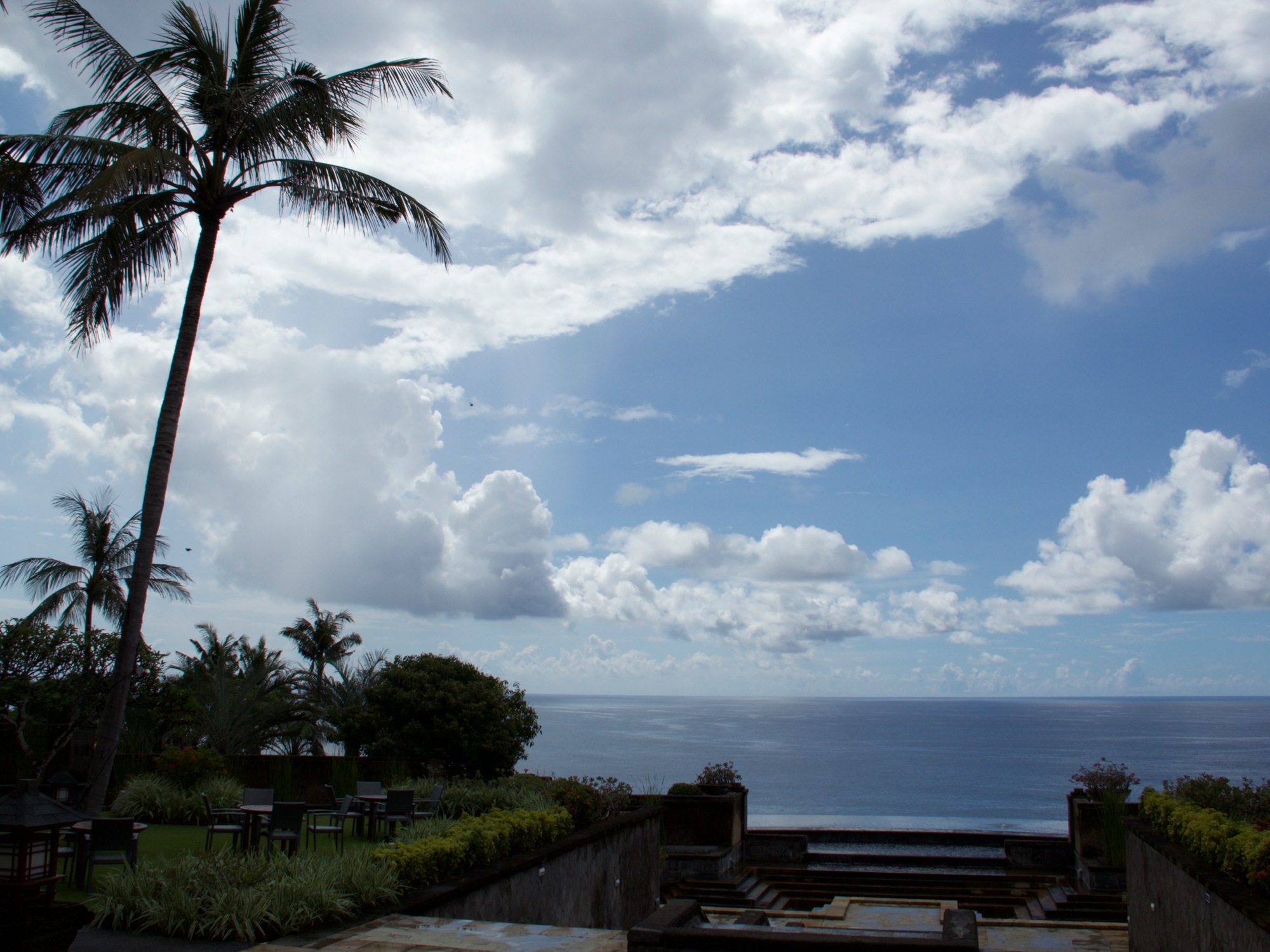 There aren’t words that can reflect the feeling and sensation that Bali gave me. Perhaps its because we live in the barren desert and trees and greenery now foreign to us. Maybe its the sincere friendliness of the Balinese people, on and off the resort. Maybe its the complete feeling of wholeness and one with nature you experience. I won’t be silly and say “I found myself” in Bali, but I have realized as a grown up that Im not completely sure of what I am or what category I would consider myself a part of. I will say one thing, I believe with all my heart that I could live in peace and harmony with nothing but a bikini, flip flops, and a good tan. It was stress free dressing each day. We both could have been the poster children for Billabong and Roxy.

Ok, so back to Bali. There is something about this place that I connected with, that I truly fell in love with. While driving thru the towns I saw the men and women of Bali working, going to school, and playing. You can tell that in these small towns the people didn’t have much. Most walked or used mopeds to get around. The women carried baskets on their heads. I am kicking myself for not getting more pictures of this. There was so much beauty in the simplicity of the life there. And you know what the best thing about all of it is? Everyone seemed genuinely happy. They laughed and smiled all the time. People were helpful and sweet to our children. I think the people of Bali perhaps were my favorite thing about Indonesia. Our cab driver, Putu helped play with Cruze while we shopped for surfboards. Cruze left Bali with many friends. Sumi, a lifeguard on the beach always came to see us whenever we were poolside. Our babysitter, Risma had our kids in love with her. She brought Cruze a toy car on the third day she watched them.

Our journey started with a 13 hour plane ride. I dread planes, the older I get the more terrified I get. The biggest disappointment of all was the Boeing Dreamliner owned by Qatar Airways. So when an airline buys a plane they get to decide how many seats they want on the airplane, whether it be 8 or 9 across. So thanks to Qatar Airways, we got 9 across making flying unbearable. It was more than cramped, we were even told not to lean our seats back because the people behind us didn’t have room. Your shoulders almost touched the person across the aisle and you can forget trying to sleep. We have decided never to fly Qatar airways OR be on the dreamliner again. Sure, the ridiculous changing overhead lights were nifty and the small piece of pretend hardwood in the entrance before you entered hell was a cute touch. I’m not sure what was so dreamy about it unless you were maybe in first class. But $9,567 for a first class seat is a little steep but probably totally worth the money.

I don’t really know where to start, we experienced so much in the 10 days that we were there. We toured Ubud which was a town centrally located in Bali about an hour from the coast. While there we saw the waterfalls, the zoo, and of course the money forest. We went to Padang Padang beach where the surfers catch the biggest waves, Uluwatu temple that was located right on a cliff, and even ventured into town of Nusa Dua to catch the festivals that were happening the night before Nyepi which was a Silent day. We spent many evenings at the hotel enjoying the shows they put on. The food at the resort wasn’t great and overly expensive. It wasn’t until the last night that we went to Bambu Bali that we got a meal that was worthy of 5 stars and a visit from Anthony Bourdain himself. I could have done without the mosquitos but luckily they came around with bug spray and a candle burned underneath each table to ward off the pesky invaders. The craziest thing that happened… At dinner a guy was sitting next to us. I turned to my hubs and said, “ I bet you 100 bucks that guy is from the south if not from Charleston.”. Sure enough, he said he was from Tennessee and graduated from Charleston. Im pretty sure I’m psychic and Im still waiting on my 100 bucks. My psychic abilities also tell me I wont get that 100 bucks. He said he was visiting Bali for a conference, he was an economist. Well that sounds boring but at least your boring job sent you somewhere cool.

Of course everyone is wondering about our experience at the Monkey Forest. So I actually wasn’t “bitten” by a monkey. People literally freaked that I had contracted Ebola or monkey fever or something. He bit me twice but only enough to leave teeth marks for a few minutes. I don’t think his intention was to hurt just to warn me that next time I better be prepared to offer him fruit not the corn kernels i found in the dirt. I guess he was appalled, he was a high class fella. I still have a battle wound 3 months later, my monkey tattoo if you will. When we first walked in, I have to admit the Mom in me was in full defense mode. One woman said be careful of your babies. I told the lady no monkey compares to what “mother bear” will do to protect her children. I was ready to fight a monkey with my bear hands. Get it? Bear hands? Eventually after seeing a monkey climb up Davids leg, and other people take pictures with them on their head, I got comfortable enough to get up close and take some pics. When we were in the temple, they warned us that the monkeys loved sunglasses. One monkey ran up, stole a ladies reading glasses, ran to the tree and sat down and put them on. I couldn’t believe how smart these animals were. I guess they weren’t his prescription… he ended up dropping them and running into the woods after a lady who was handing out bananas shooed him away.

The zoo was amazing too, the elephants although very expensive to even feed, were one of the most amazing creatures. I had recently read a book about elephants whited focused on their grieving and how they were as a family. I never knew how smart and heartfelt these animals were. Did you know that when an elephant dies in a herd that they have a period of mourning over their body for days and they also bury their dead? One of the elephants had been there a while and had been rescued. She was so sweet, I truly felt you could see the love in her eyes. Cruze was a little afraid as was I I mean these animals are 2 tons! Maybe I need a career change. Elephant scientist? Zookeeper? I could have hung out with that elephant all day. Conversation with her was better than some people I know.
Lets talk about surfing. I have always wanted to surf, I tried once before failing miserably. David was adamant that we surf. So we get our surfboard, leave the kids with a babysitter and head out for some peaceful wave surfing. It was anything but peaceful. Have you ever seen felt a prickly feeling on your skin? I have. Its called a wave of death. I have to say, I was already terrified after seeing the huge waves but I put on a cool surfer girl face because I wanted to show my husband I could totally ride waves. After being pummeled by a double overhead wave and running/swimming back to the shore I swore I would NOT get back in the water. Turns out that day was apparently pro surfers only. The should really put a sign out, “hey idiot tourist, don’t surf here.” We saw broken boards washing up, leashes cut by the rocks, and Im pretty sure we lost a surfer out there. I do not feel bad about my efforts. Just going out there was balls enough. I am going to try again, I really loved the feel of it, but maybe not the death feeling.
The day before Nyepi, which is a religious holiday where you have to be silent all day, we got the babysitter again for that night and ventured out into the town. Nothing was open but everyone was in the streets celebrating as a parade of scary looking creatures were paraded around. We went to the convent store and met a drifter/surfer named John. He said he was from New York and would come to bali just to surf and hang out for 3 months out of the year. I want to figure out what he did to be able to take 3 months out of life to chill. We grabbed some local Balinese beer and sat and watched the parade. Its pretty awesome to be surrounded by the locals. It makes me realize how boring us Americans can be sometimes. David got hit on by a scary looking woman in the 2nd convenient store run for beer. By then, we might have been a little tipsy. Tipsy enough to get in an unknown cab headed back to the hotel. Luckily he was an awesome dude and didn’t kidnap us and harvest our organs.
Bali was amazing, I could write a 500 page book on our experiences but i wanted to share at least a glimpse into our trip. I could live there. Everything was beautiful, I wish I had better photography skills at the time but Im still learning. If you ever get a chance to go somewhere, I cant recommend this place enough! Bali will always have my heart… 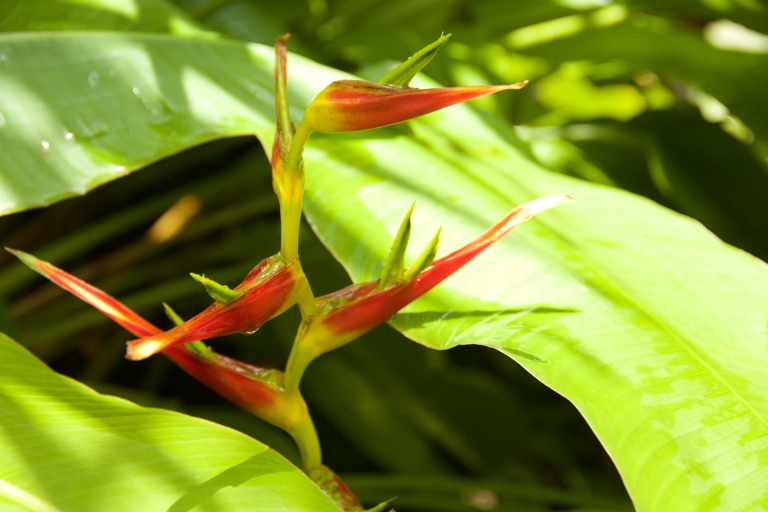 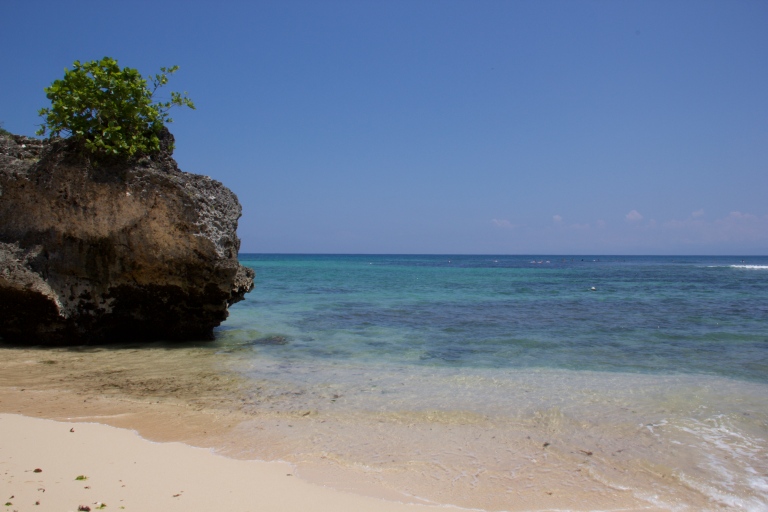 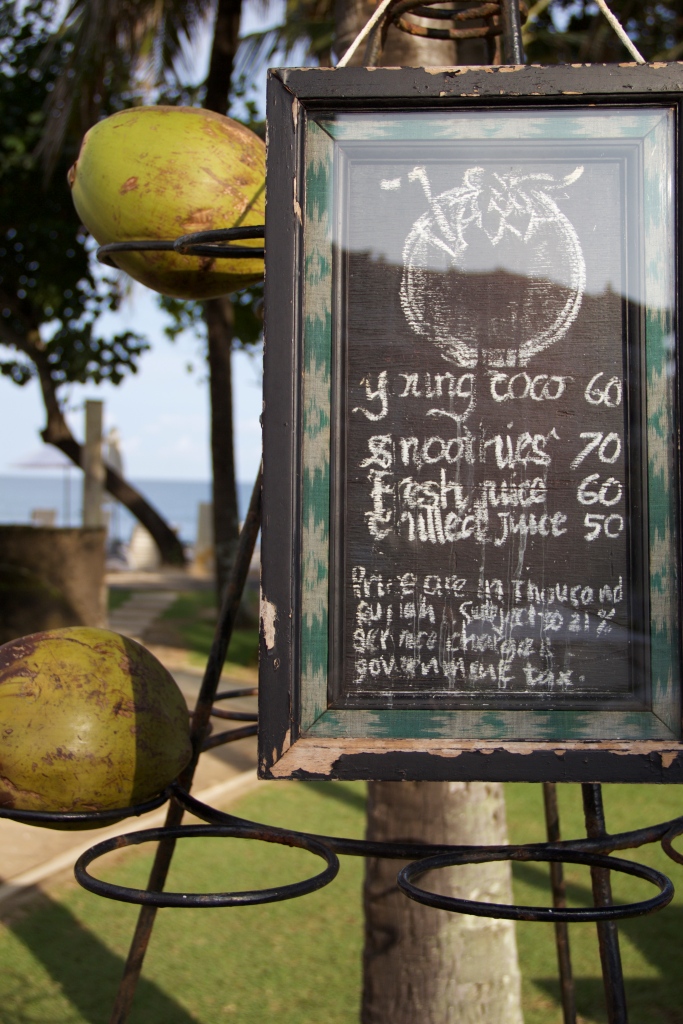 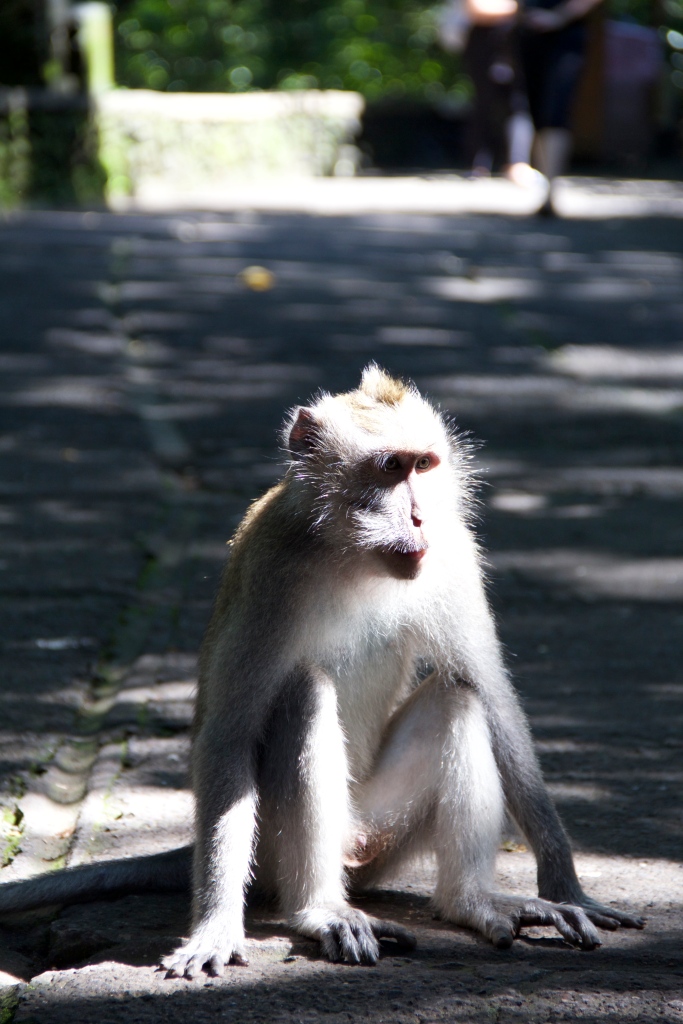 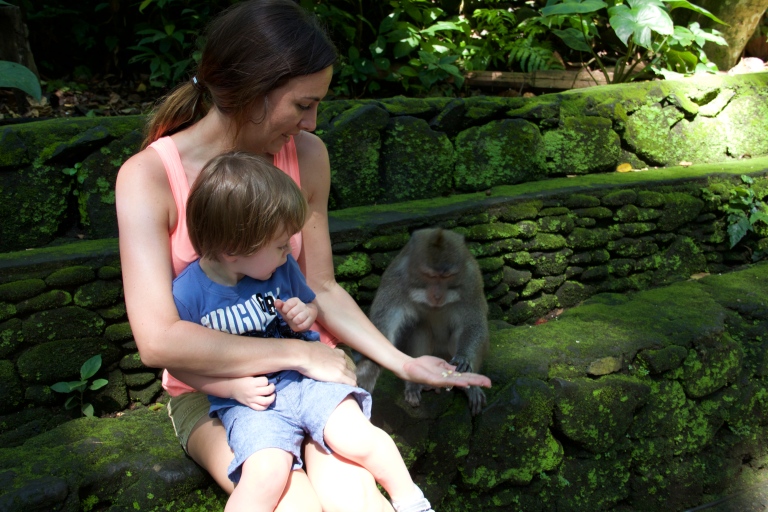 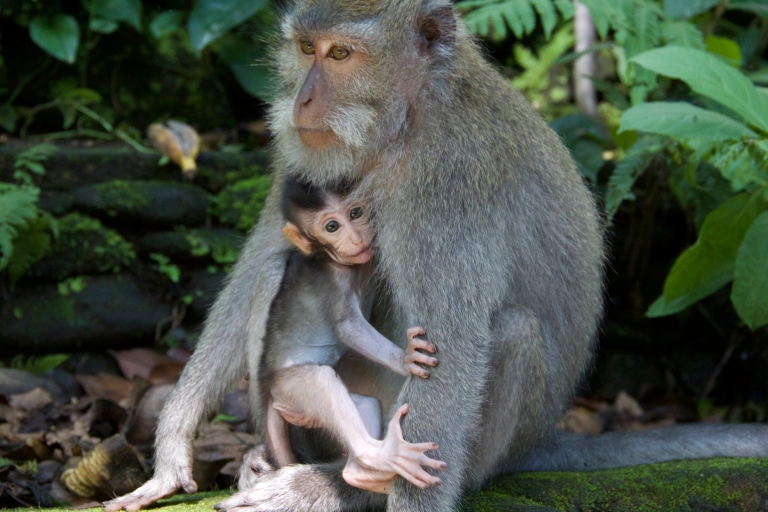 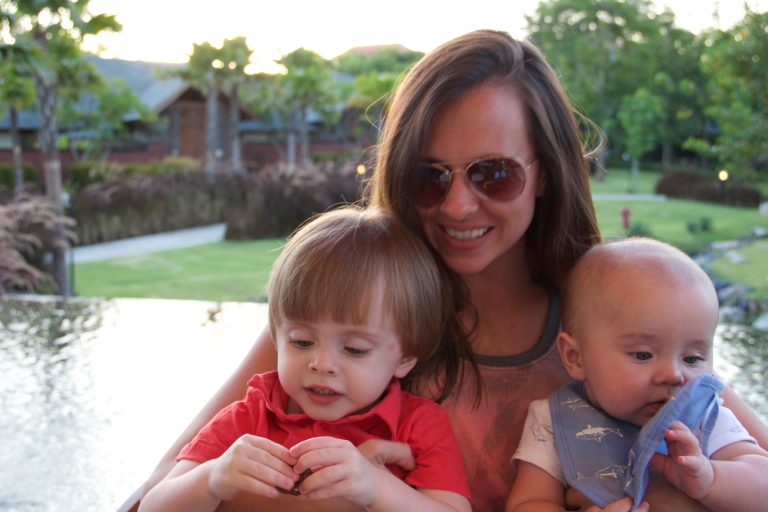 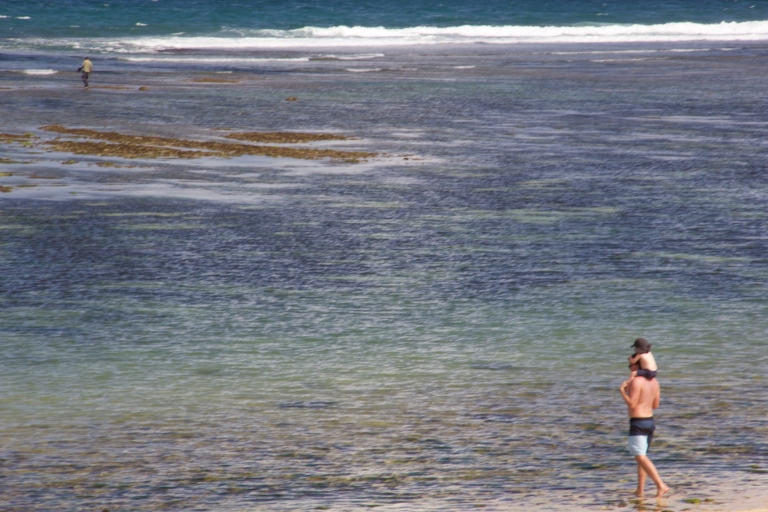 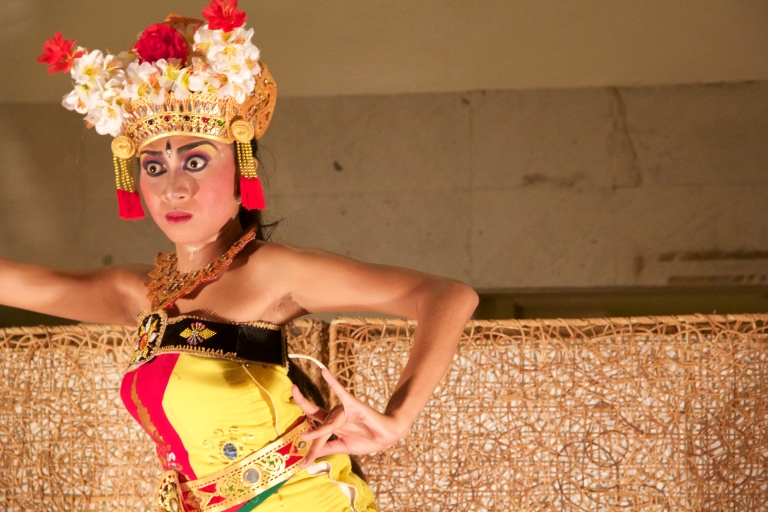 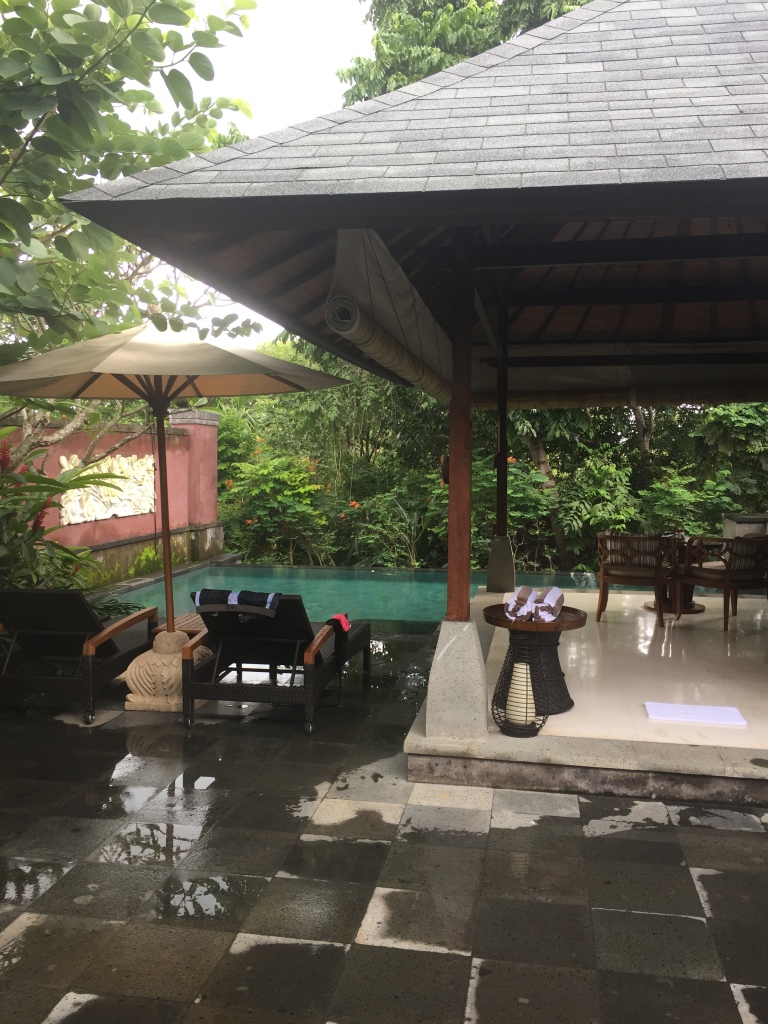 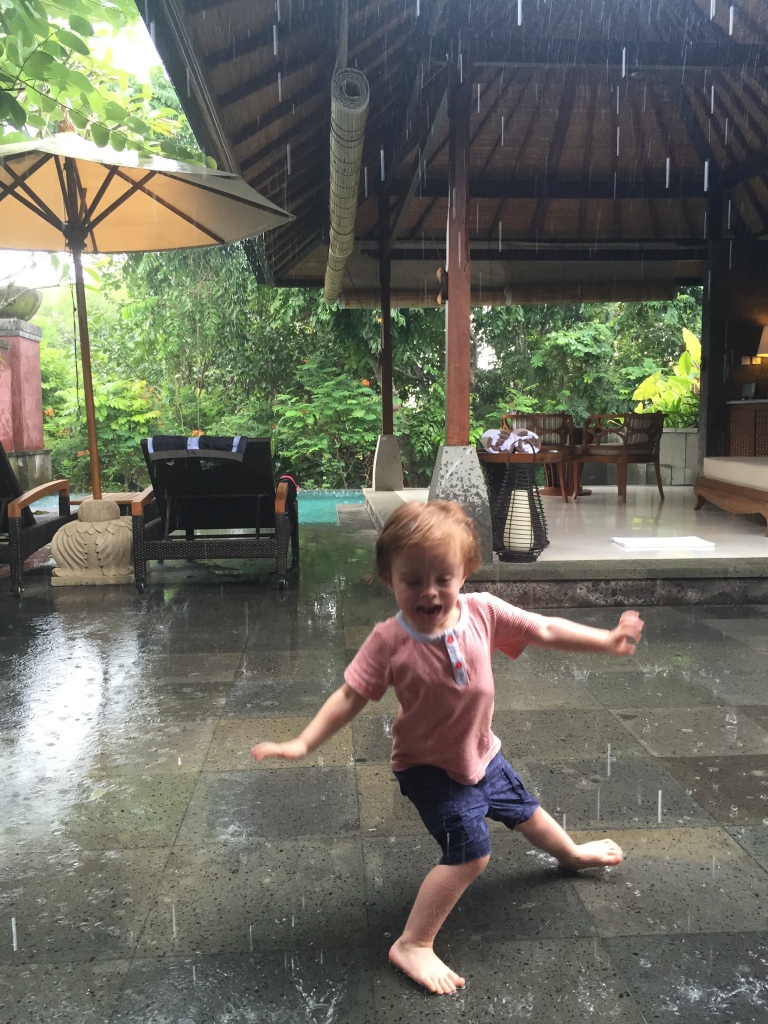 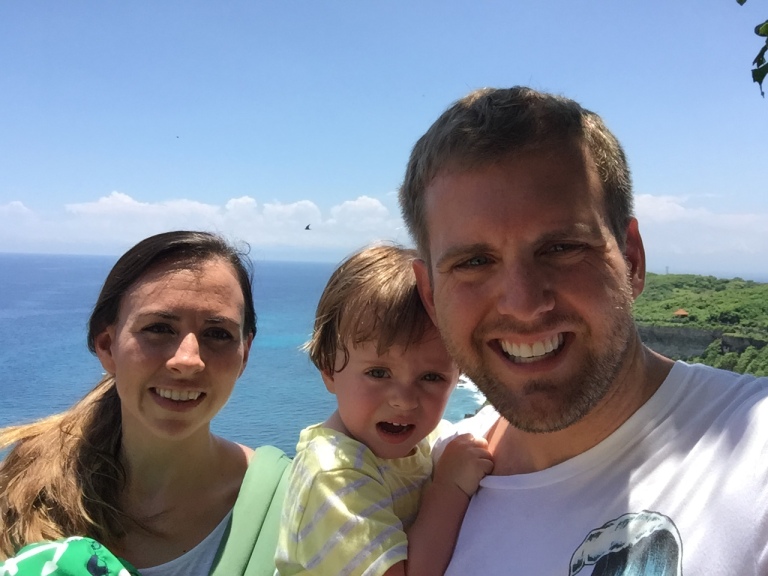 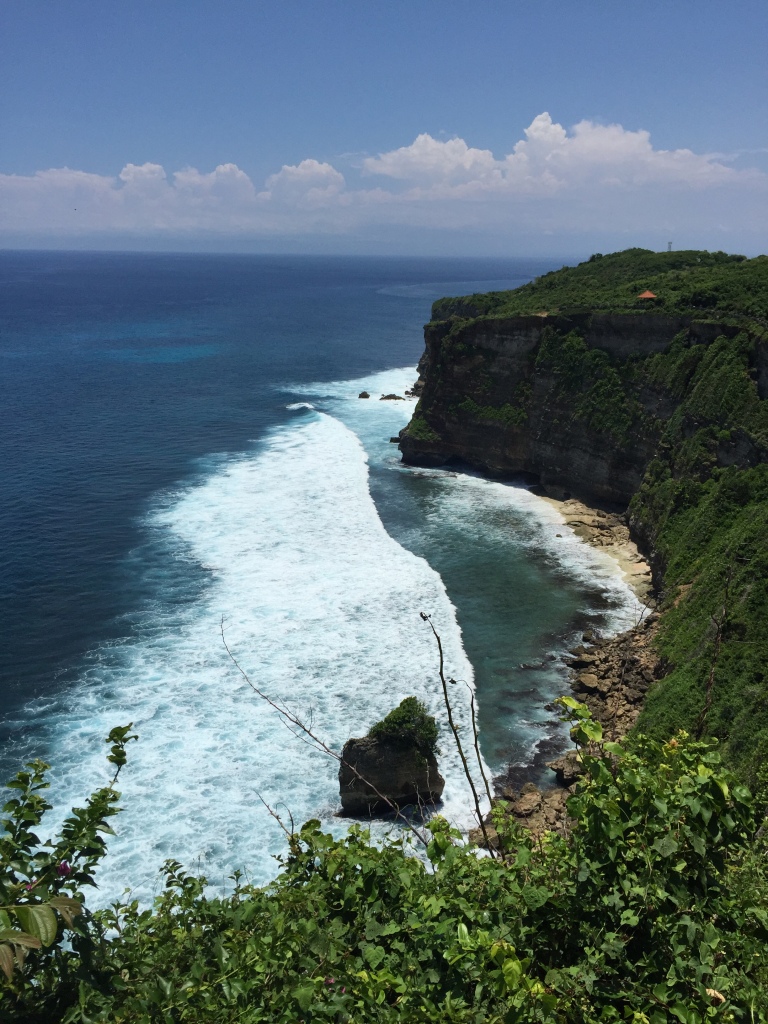 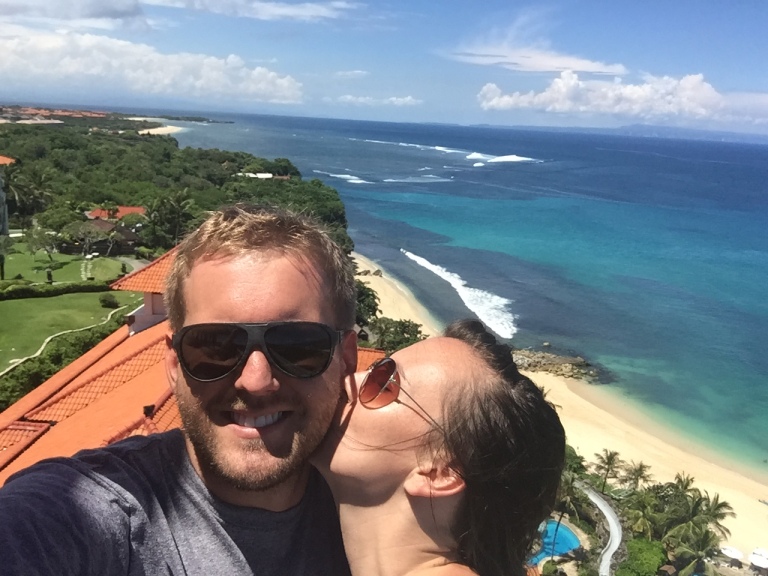 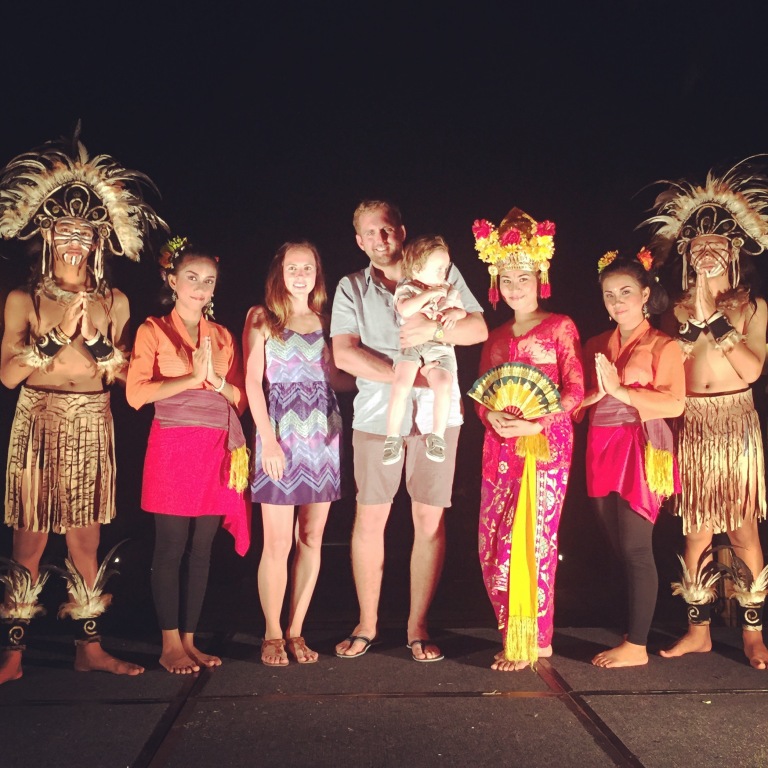 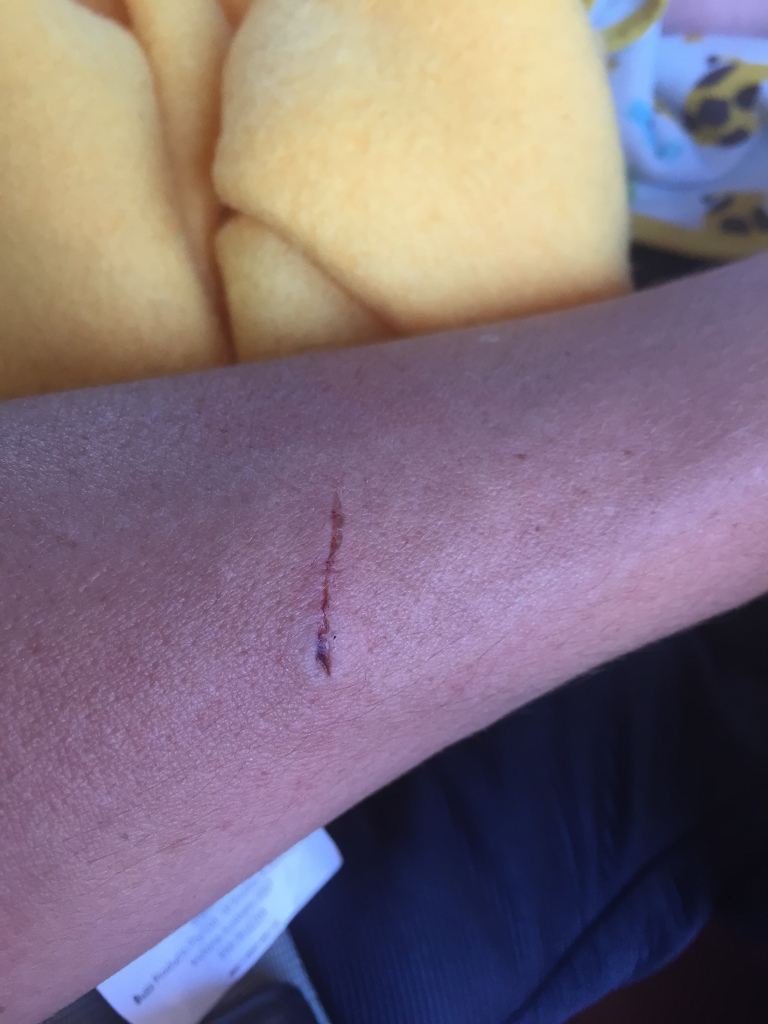 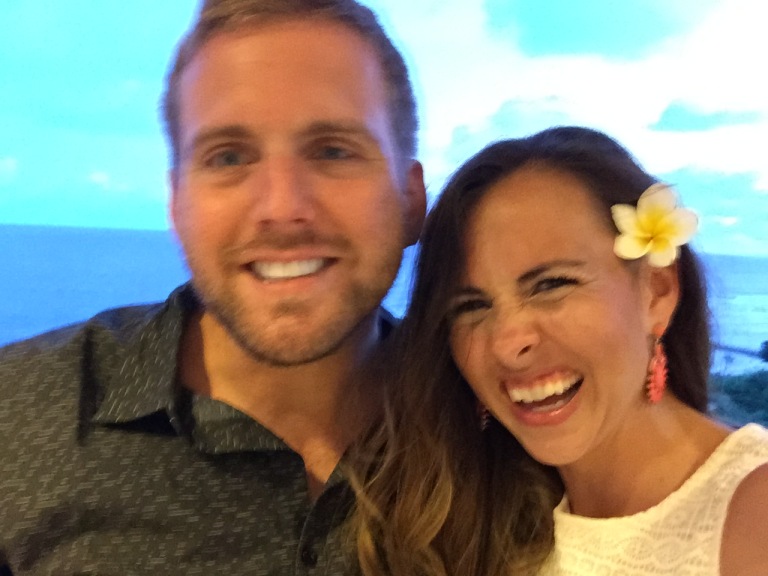 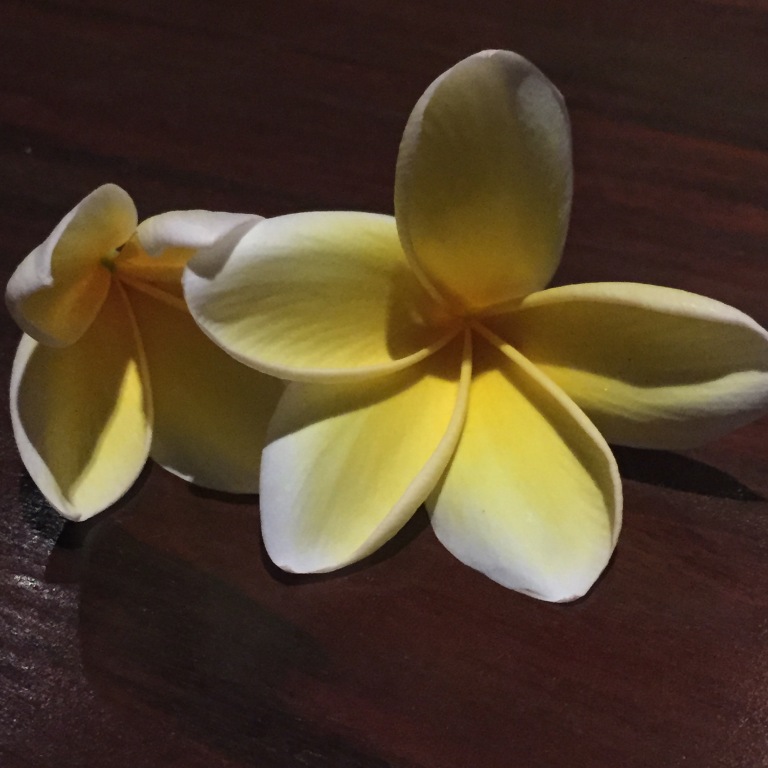 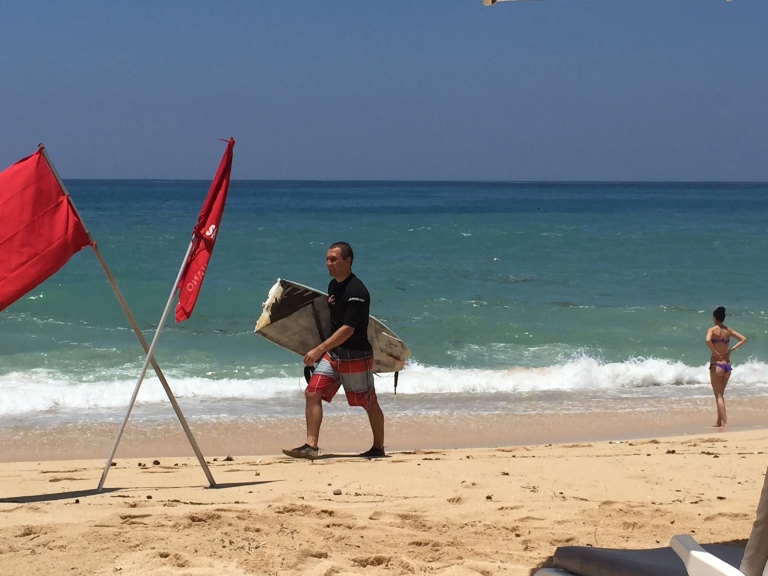 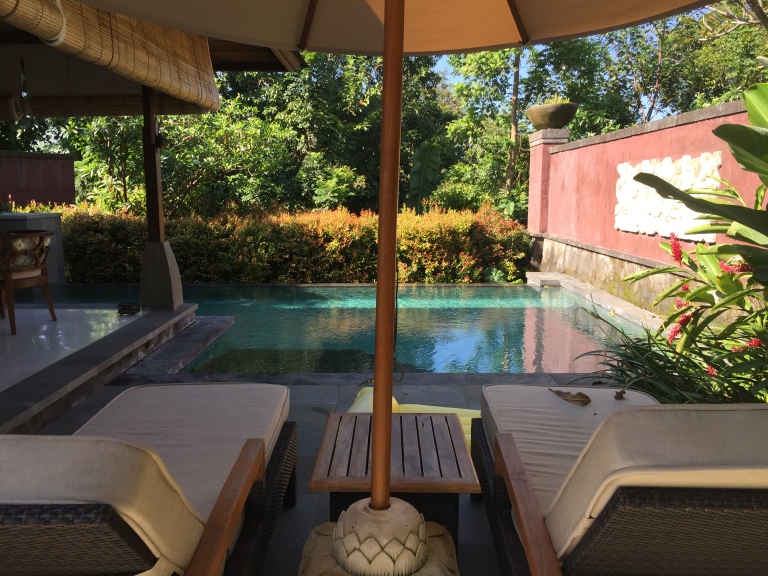 One thought on “Bali”